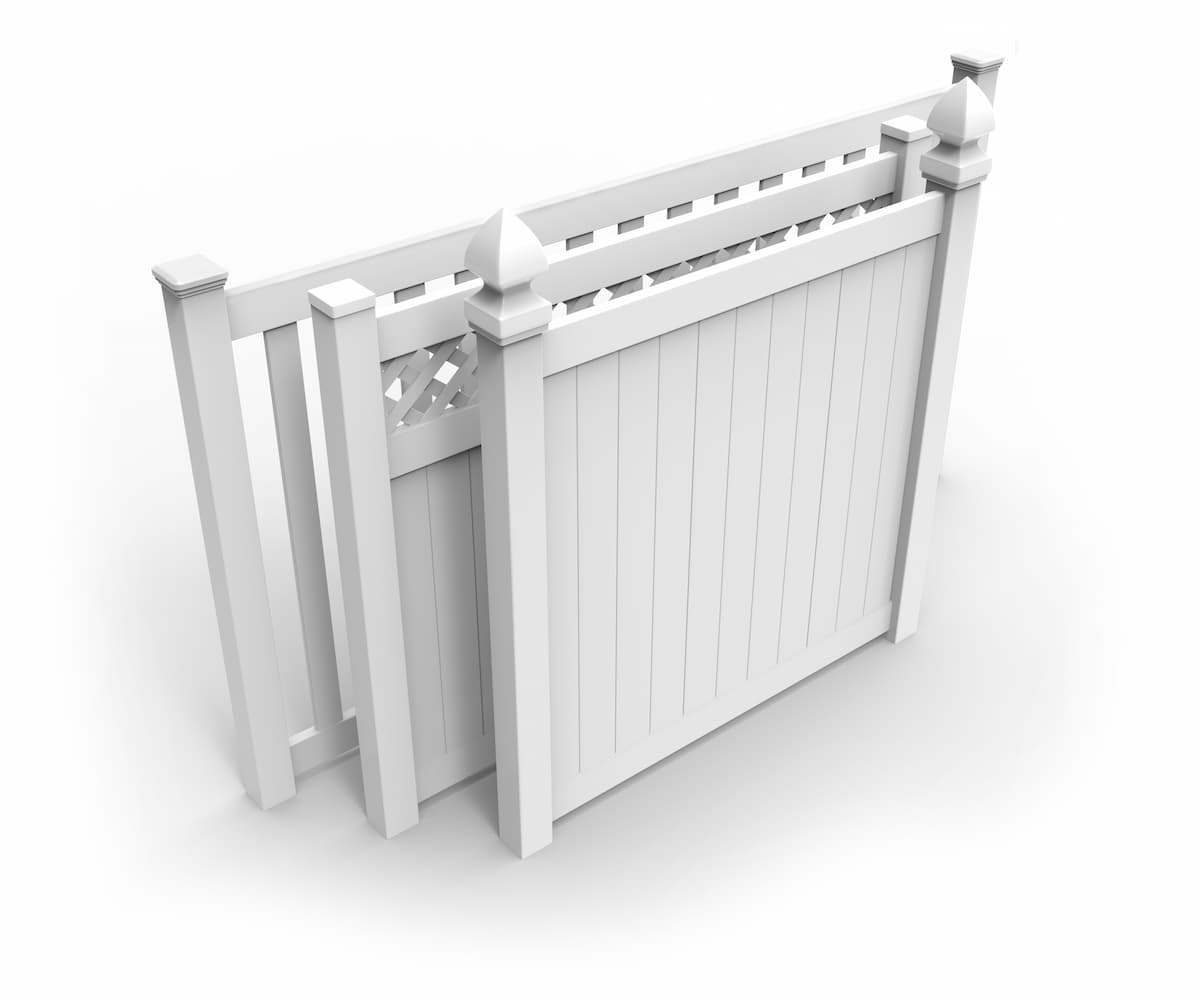 Vinyl is fairly new in terms of fencing materials, and many people have misconceptions about how good it actually is. While it can have its disadvantages, many of people’s problems with vinyl fencing are actually myths. Let’s take a look at seven of the most common vinyl fencing myths and why they simply aren’t true.

Myth 1. Vinyl Fencing Will Fade or Discolor Over Time

The first myth we’ll tackle is the misconception that all vinyl fences fade or discolor over time. While the earliest vinyl fencing would yellow in the sunlight, modern polyvinyl contains a layer of titanium oxide, which helps keep it white over time. As such, the vinyl fencing used today retains its color for far longer than its early-day counterparts.

Texas is known for warm, sunny weather, and many people worry that the hot summers might cause vinyl fencing to warp. However, this is not the case since vinyl’s flashpoint is far beyond the hottest summer days. Modern vinyl fences don’t usually have problems in hot weather.

Texas can also have some fairly cold winters as well, and while vinyl is known to become more brittle in cold temperatures, it’s not likely to become so stiff that it cracks.

Myth 3. Vinyl Fencing Is Too Expensive

Another of the common vinyl fencing problems people like to point out is its cost. This issue is actually somewhat valid since vinyl fencing can cost as much as $30 (or more) per linear foot (comparable to metal fencing), while other options like wood cost only $12 to $27 per linear foot. However, vinyl makes up for its initial cost in the form of simpler maintenance.

Unlike other fencing materials, vinyl doesn’t corrode or decay over time, and it requires very little upkeep to keep it looking great. In most cases, all it needs is a quick spray-down every year or so, and it will keep looking great for decades.

Speaking of looking great, another problem people point out with vinyl fences is that they all look the same. When someone mentions vinyl fences, the first thing that often comes to mind is a standard white picket fence, but the truth is vinyl comes in a variety of colors and styles. It’s a highly customizable material that can be molded to mimic other fence types, including wood. Some examples of the variety that’s possible with vinyl fencing can be found in our gallery.

Another common myth is that vinyl fencing looks cheap. While it’s true that outdated or poorly made vinyl fencing can have a flimsy appearance, there are many sturdy, well-designed examples to be found as well. Vinyl is a highly versatile material, and that makes it a great option for a wide range of durable fencing configurations. It’s absolutely possible to have an elegant-looking fence with modern vinyl.

Vinyl is a type of plastic (usually PVC), and many people associate plastic with low durability. However, that couldn’t be further from the truth. The vinyl fences made today actually have five times the tensile strength of wood, and they’re highly impact resistant. That means most forces vinyl fences are likely to encounter won’t even put a scratch in the material. While they may not be as hardy as metal fencing, that doesn’t mean they can’t last for decades with minimal repairs.

Myth 7. Vinyl Is Bad For The Environment

Finally, the fact that vinyl is a type of plastic may lead some people to believe that it’s bad for the environment. While it’s certainly not as biodegradable as wood (which, incidentally, makes wooden fences a bit more challenging to maintain), it’s actually one of the greener materials available. It doesn’t require much in the way of energy or resources to produce, and it can last longer than more resource-intensive materials. Vinyl is also fully recyclable, so it doesn’t even have to go into landfills when it needs replacement.

If a vinyl fence sounds like a great option for your home or business, you’ll need a skilled fencing expert to install it for you. Buzz Custom Fence offers free estimates on all fencing projects we take on, so get in touch to get started.