Many folks never give fences that much thought. As long as their fence is in decent repair, they barely notice it. In fact, they hardly notice fences at all. So we thought this week it would be fun to examine some of the types of fences that show just how sophisticated, scientific and crucial fences can be. Here are five types of fencing that will make you think a little more about them next time you encounter one.

If you’ve ever visited a zoo, you’ve probably had a moment of admiring some gorgeous wild animal in captivity and thinking, I’m really glad this fence is here. But did you stop and take a good look at the fence? Probably not. Enclosure fencing is made so that you get the best possible view of the animal while the public remains safe. Whether you need the right size of mesh to best contain eagles, leopards or gibbons, some fence companies can tell you exactly what type of fencing you need. Buzz Custom Fence has also worked with the Dallas Zoo on several projects.

Most onlookers at horse races probably don’t give fences a second thought. But did you know that fences called running rails are designed to protect the horses? The Australian company Steriline Racing designs running rails to withstand the force of a horse striking the rail during a race, and makes them flexible enough to reduce the likelihood of injury and to absorb impact. Since tracks are sometimes temporary, running rails also need a simple, moveable design.

Steeplechase racing is a special type of horse race that involves jockeys jumping horses over obstacles known as national fences. These portable fences are made of steel frames stuffed with a plastic brush material. A canvas-covered foam rubber roll is on the takeoff side. This type of racing is most popular on the east coast, and is very similar to human track athletes jumping hurdles. Unlike regular horse racing, steeplechase races raise money for charitable causes. 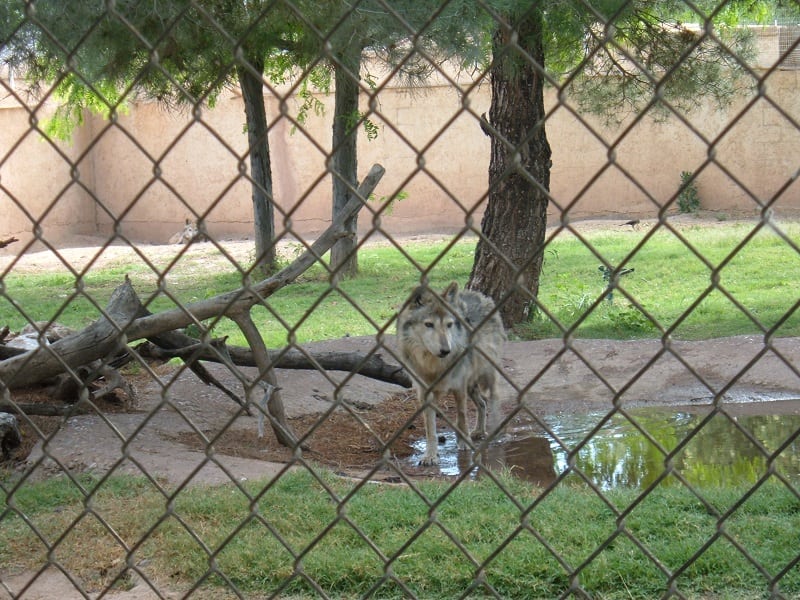 Many ranchers know the financial pain of losing livestock to wolves. These intelligent, nocturnal creatures are hard to keep out. Known for their athleticism, climbing ability, teamwork and cunning, the wolf is an awesome foe.
Some companies specialize in high tensile fencing to keep out wolves. High tensile fence contains a higher carbon content than low carbon wire, another popular type of agricultural fencing. The extra carbon strengthens the wire and makes it less likely to sag over time. If properly installed, it will remain tight for many years. Some ranchers like to electrify their high-tensile fences for good measure.

Fences need to be at least 40 inches high with at least six wires evenly spaced six to eight inches apart. The bottom electric wire must be no more than six inches from the ground, as wolves and coyotes dig to reach their prey.

Ranchers grazing large animals can’t always build permanent enclosures. Many people have successfully protected livestock from wolves by hanging pieces of red or orange cloth called fladry on cording strung around the fences.  The movement and color of the flags seems to dissuade wolves from breaching the fence. 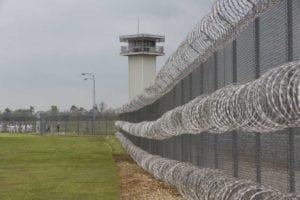 Unfortunately, in today’s world it’s not just wild animals we have to fence out of our lives. Correctional facilities must sequester the wildest and most menacing citizens from the general population.

This requires excellent, high-tech fencing that can’t be climbed or cut. Many prisons opt for electric fences as an extra deterrent. These range from non-lethal doses to the so-called “death fences” that have reduced the need for watchtower guards at some American prisons.

At Buzz, we’re not going to help you keep wolves out or eagles in. But if you want a stylish, secure fence for your home or business, call us today. We’re interested in all types of fences, but most of all, the ones that make your life a little easier and happier.