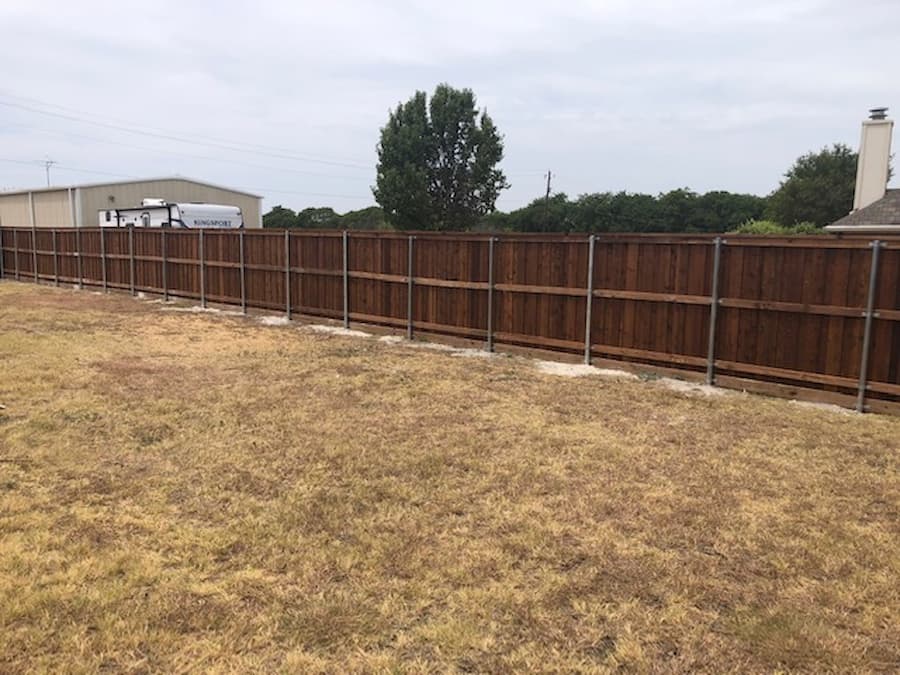 A well constructed and maintained fence can withstand the elements for decades, but one of the most challenging environmental factors for fencing is high speed wind. To stand up to the highest wind speeds Texas has to offer, you need fencing that’s especially sturdy, as was the case in one housing development in Anna, TX.

Newcomers to Texas often don’t realize that high winds are among the climate-related challenges their home’s fencing has to face, but some areas in the state are actually windier (on average), than the so-called “windy city” of Chicago! Given the broad, flat design of wooden and vinyl fencing, it’s possible for strong winds to cause them to tip or slant. This occurred in one housing development in Anna, TX.

The development is in an area with lots of farmland and no wind breaks, which allows high winds to blow through the neighborhood, especially on the west side. One of the residents their had a section of their backyard fence blown to a 45 degree angle by gusts in excess of 120 miles per hour—and this was with metal posts! Some of the posts were bent as a result of the high winds. 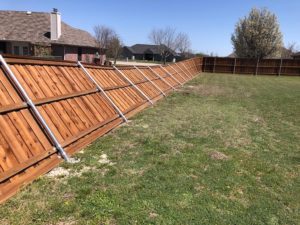 To solve this issue, our representative Bob Snoddy had the damaged fencing removed and rebuilt, adding reinforcement to increase its strength. The new section of fencing had posts installed much closer together to make the entire structure more stable. In addition, every third post (plus the posts on the ends) were made from stronger material in order to provide additional wind resistance. The end result is an incredibly sturdy fence capable of withstanding the worst that Texas has to offer.

The new fence was completed in July of 2022.

Build a Fence that Lasts with Buzz Custom Fence

If you’re concerned about high winds in your neighborhood, Buzz Custom Fence has you covered. We’re capable of building highly resilient wood, metal, and vinyl fencing that’s able to withstand the elements for decades. To learn more or get a free estimate, get in touch with our representatives.