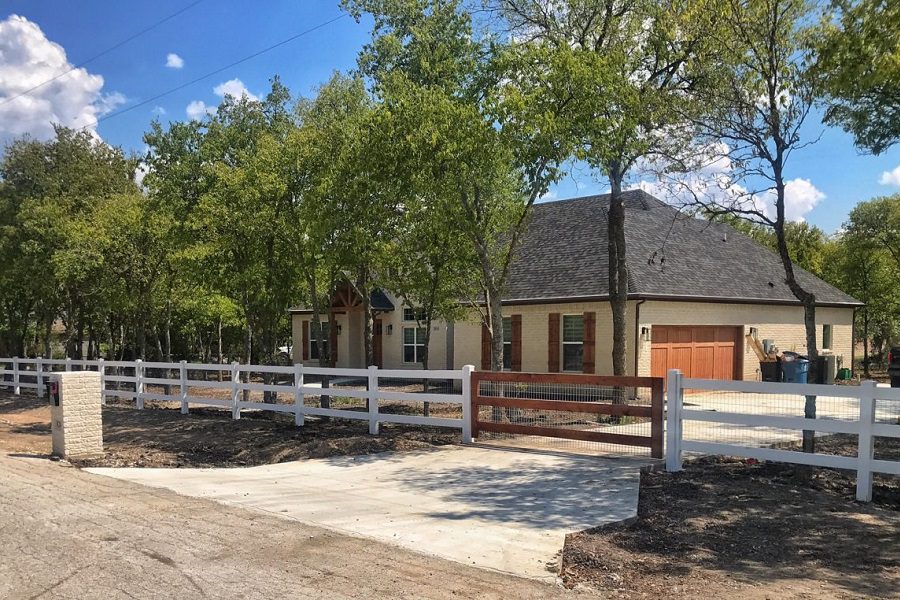 Have you been contemplating a move out of the Dallas-Fort Worth metro area and into one of the many sprawling suburbs dotting the landscape? If so, you are definitely not alone!

Since the COVID-19 pandemic took hold, it has been noted that traffic to listings of homes in the suburbs has far outpaced those in cities, by up to 164 percent.

Texans en masse have made a move to simplify their lifestyles now that many professionals have been granted the ability to work from home. With a commute downtown out of the equation, experts expect even more accelerated growth to the outer suburbs — or wealthy exurbs — of the DFW area.

The Appeal of the Exurbs

This is already happening in Collin County, where some of the fast-growing communities are located. And expert economists predict that cities such as Frisco, Prosper and Celina will continue to rise into the future because telecommuting is becoming the norm, and driving to the office even post-pandemic will be a once-a-week or once-a-month event.

These communities are also attractive to new residents coming from other states such as California, where companies are leaving due to the high cost of doing business.

New residents to these DFW exurbs are seeking — and finding — affordable housing, larger plots of land, family-friendly planned communities, fewer homeowners association restrictions and space between neighbors. Some areas even allow residents to keep chickens, goats and horses, which appeals to those who are tired of city life and want a more rural lifestyle.

The Need for Fencing and Gates

Because the exurb boom is so big and so recent, residents are mostly moving into new construction. These homes are typically built without fencing or gates, leaving homeowners to figure out those solutions later.

Here at Buzz Custom Fence, we work with homeowners to find the best plan for their needs — and that also matches community guidelines. The majority of new residents are families with dogs and children who are excited to enjoy their larger backyards. Choosing proper fencing and gates can keep dogs from getting into trouble , and also keep children safe from hazards such as pools.

We also work with homeowners on popular fencing solutions such as custom driveway gates , aluminum backyard fencing, and wooden post and rail fencing . Contact us to get a quote on your unique fencing project. We are capable of installing thousands of styles, and our contractors are up-to-date on the latest fencing trends.

Popular Fencing in the Exurbs

Below are 13 of the fastest-growing areas in the DFW Metroplex and what type of fencing you’re most likely to spot in each community. All statistics are based on recent Census estimates for 2020. 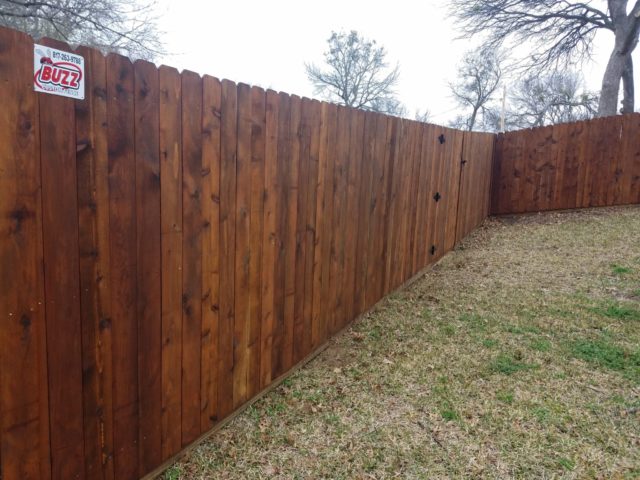 McLendon-Chisholm’s population has increased nearly 190 percent in the past decade, starting with 1,373 people in 2010 and calculating nearly 4,000 residents in 2020. The city is composed of 93 percent homeowners. New residents are welcomed with wide-open lots and luxury new homes upwards of 3,000 square feet. These new developments mostly come without fencing, and homeowners may opt to build a privacy fence up to 8 feet tall or an ornamental fence up to 6 feet tall. Many new residents choose a board on board, wooden privacy fence visible in this customer photo on the right.

This north Dallas suburb has seen a growth of about 170 percent in the past decade, starting with 9,721 people in 2010 and coming in with 26,046 residents in 2020. Of these, 86.5 percent are homeowners, living in larger, 4+ bedroom homes with plenty of square footage. In this affluent community, privacy fences and iron pool fences are plentiful. Drive gates are also a common request at Buzz. Homeowners must adhere to a fence height of 8 feet tall and use insect-resistant wood such as cedar or pressure-treated yellow pine. Forbidden materials include spruce. 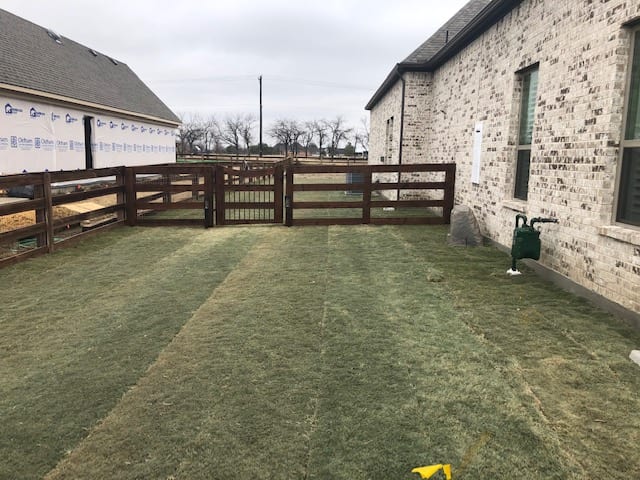 Celina, located north of Dallas, has gone through a population boom in the past decade, starting with 6,362 residents in 2010 and counting 16,315 in 2020. Approximately 80 percent of the city are homeowners, finding a mix of older homes and newer, bigger builds. Half of the homes in this city were built after the year 2000; the others were built in the 1960s and 1980s. Privacy fences and drive gates on larger lots are common in this area. The city has an extensive list of fence rules, including limiting materials to wood or black tubular steel (powder coated ornamental iron). 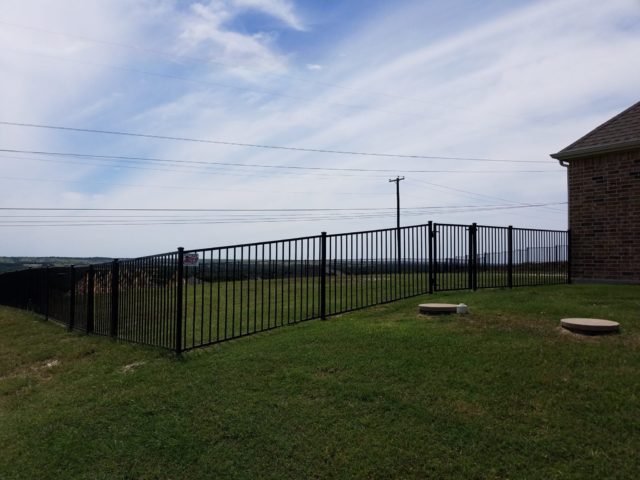 Melissa, far north of Dallas, has seen a growth of about 140 percent in the past decade. About 4,800 residents were counted in 2010, and 11,400 in 2020. Of these, nearly 88 percent are homeowners, living in 3- to 4-bedroom homes. These homes either sit on large lots or in smaller, newly planned communities. Wood privacy fences and iron gates are common requests at Buzz. Homeowners must comply with a substantial set of fencing rules, including using only certain materials.

This lakeside community north of DFW has grown nearly 120 percent in the past 10 years, starting with 26,226 people in 2010 and coming in with 57,112 residents in 2020. Three-quarters are homeowners, living in a mix of older and newer builds, all a little closer together, to enjoy proximity to Lewisville Lake, with the city boasting 66 miles of shoreline. Buzz fields requests for wooden privacy fences, including board-on-board styles in pine or cedar. Many homeowners also install iron ornamental fences and pool fences.

This east Dallas suburb has seen a growth of nearly 120 percent since 2010 — and nearly all (94 percent) of these residents are homeowners. Most homes in this city were built in the past 20 years and are large, with 4+ bedrooms. Vertical wood privacy fences are common, as are wrought iron ornamental fences. 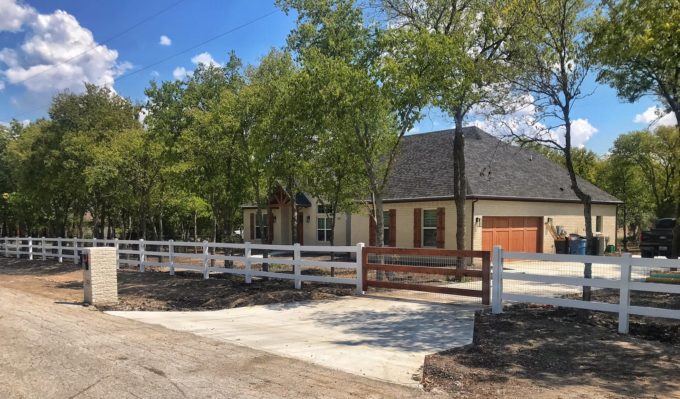 This small lakeside suburb with a country vibe, located 40 miles north of Dallas, has seen a growth of about 110 percent in the past decade — going from 2,800 people in 2010 to 5,888 in 2020. Of these, 92 percent are homeowners, living in either huge, rural lots or newer residential builds. In this community, Buzz received a lot of requests for wood privacy fences and iron ornamental or deck fences. Iron gates are also common in this area.

This small, 2-square-mile suburb of Fort Worth has seen a population boom of more than 108 percent in the past decade, with 2,700 residents counted in 2010 and 5,682 in 2020. Families flock here for the large lot sizes and 3+ bedroom homes, half of which were built after the year 2000. Homeowners make up 85 percent of the population. The city maintains a high-end aesthetic by limiting fencing materials to masonry, wood and vinyl — and residents often turn to Buzz to add fencing for pools and replace previous fencing with new wood or iron materials.

This small north Fort Worth suburb has doubled in population in the past decade, starting with 1,848 people in 2010 and coming in with 3,726 residents in 2020. Of these, only about one-third are homeowners, living in larger 3-4+ bedroom homes with plenty of square footage. Wood privacy fences are common for backyards in this area, with some homeowners opting for basket-weave or lattice fencing to top off their privacy boards. The city indicates that wood fencing should be painted or stained with natural wood colors, and no taller than 8 feet. 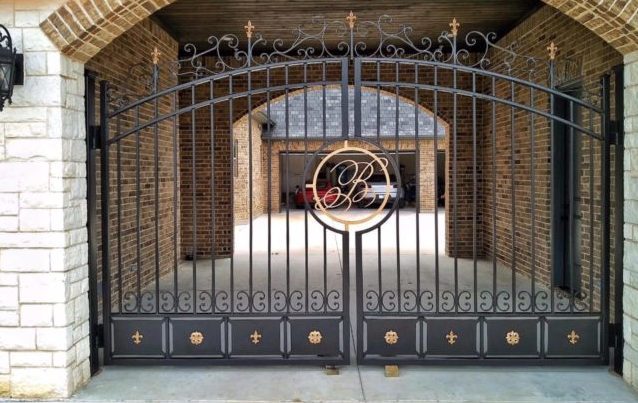 This far north Dallas community has nearly doubled its population in the past 10 years, starting with 8,277 people in 2010 and coming in with 15,465 residents in 2020. Of these, three-quarters are homeowners, living in 3+ bedroom homes that were mostly built after the year 2000. Common requests at Buzz include iron drive gates, stone columns, and wood or vinyl privacy fencing. 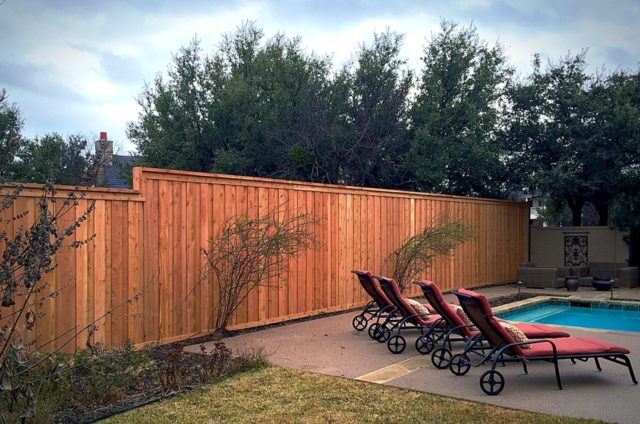 This north Dallas city, adjacent to Lewisville Lake, has seen a growth of 82 percent in the past decade, counting only 118,192 residents in 2010. Now the community is booming with more than 200,000 people, 74 percent of which are homeowners. Most homes on the market were built after 2000, and are 4+ bedrooms. Buzz often receives requests for wooden privacy fences — including cedar and spruce, top-capped and board-on-board — as well as iron ornamental fences and gates, and fencing around pools.

This highly affluent north Dallas suburb on Lavon Lake has grown 60 percent in the past decade. Of the community’s residents, nearly all (96 percent) are homeowners, living in palatial 4-5+ bedroom homes with plenty of land. These kinds of custom homes are often built without fencing, so each homeowner has a chance to personalize the solution that makes the most sense for their lifestyle — including privacy fencing, pool gates and drive gates. 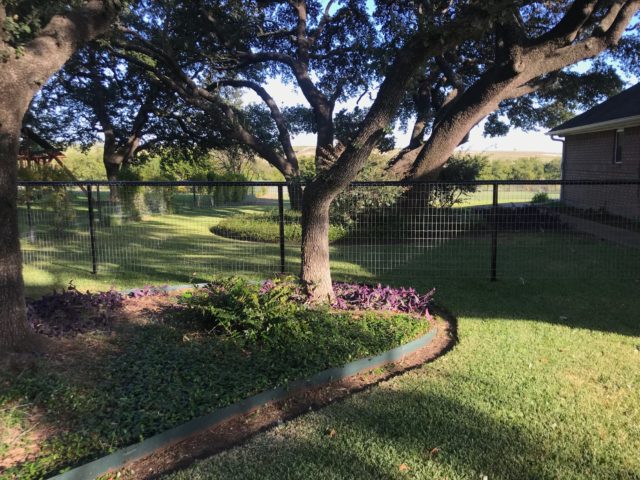 This north Dallas suburb has grown about 60 percent in the past decade, starting with 132,943 people in 2010 and coming in with 208,487 residents in 2020. Of these, 66.5 percent are homeowners, living in newer homes mostly built in the past 20 years. Buzz gets a wide range of custom requests from this community, including iron pool gates, puppy gates and chain-link fences. Wooden privacy fencing is also popular, especially board-on-board cedar with top trim and metal posts.